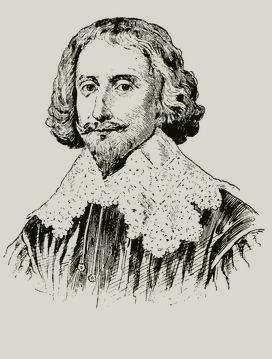 SANDYS, Sir Edwin, English statesman, born in Worcester in 1561; died in Northborne, Kent, in 1629. His father, of the same name, was bishop of Worcester, and afterward archbishop of York. The son was educated at Oxford, supported the claims of James I. to the English throne, and was knighted in 1603. He became an active member of the first London company for Virginia, led in reformatory measures, and introduced the vote by ballot. He was elected treasurer (the chief officer of the company) in 1619, and established representative government in the colony, whose security and prosperity he did much to promote. Through Spanish influence, King James, in violation of the charter, forbade his re-election in 1620, but his successor, the Earl of Southampton, continued his policy He published "Europa Speculum, or a Survey of the State of Religion in the Western Part of the World" (best ed., 1637).--His brother, George, poet, born in Bishopsthorpe in 1577: died in Boxley abbey, Kent, in March, 1644, was educated at Oxford, and in 1621 became colonial treasurer of Virginia, where he built the first watermill, promoted the establishment of iron-works, and in 1622 introduced ship-buihling. His translation of the last ten books of Ovid's "Metamorphoses," which he accomplished during his stay (London, 1626), is the first English literary productionof any value that was written in this country. In his dedication to Charles I. he says it was "limned by that imperfect light which was snatched from the hours or nig'ht and repose." He returned to England in 1624. Sandvs is well known as a traveller from his "Relation of a Journey" in the countries on the Mediterranean sea and the Holy Land (London, 1615), and he also published metrical versions of the Psalms (1086), the Song of Solomon (1089), and other parts of the Scriptures. A collected edition of his works has been published (2 vols., London, 1872). See his life by Henry a. Todd, prefixed to selections from his metrical paraphrases (1839).