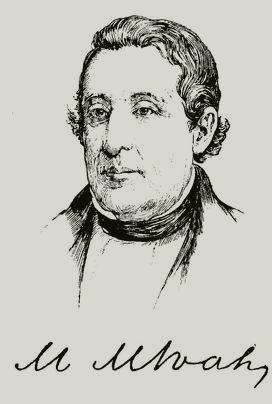 NOAH, Mordecai Manuel, journalist, born in Philadelphia, Pennsylvania, 14 July, 1785; died in New York city, 22 May, 1851. He engaged in trade, but soon studied law, and, removing to Charleston, South Carolina, turned his attention to politics. In 1811 he was appointed by President Madison United States consul at Riga, Russia, but declined, and in 1813 secured the post of consul-general at Tunis, with a special mission to Algiers. His consulship was made memorable by his rescue of several Americans that were held as slaves in the Barbary states, and he protest-ed against the payment of an annual tribute to the pirate government of Morocco as security for the American merchant marine. On his return to New York he entered journalism, and founded and edited in rapid succession the "National Advertiser," the '" Courier and Enquirer," the "Evening Star," and the "Sunday Times." As surveyor of the port, to which post he was appointed by General Jackson in 1832, and judge of the court of sessions, he enjoyed civic esteem, while his personal efforts as sheriff in behalf of imprisoned debtors showed the warmer side of his nature, which political and journalistic strife could not stifle. A curious incident of his life was his project in 1820 to rehabilitate the Jewish nation at Grand island in Niagara river. His enthusiasm went so far that he erected at Whitehaven, on the eastern side of the island, opposite Tonawanda, a monument of brick and wood, with the inscription "Ararat, a City of Refuge for the Jews, founded by Mordecai M. Noah in the Month of Tishri, 5586 [September, 1825] and in the Fiftieth Year of American Independence." This has since disappeared. His most important published work is "Travels in England, France, Spain, and the Barbary States" (London, 1819). He wrote, in addition, a large mass of miscellaneous addresses and essays, political and religious, a collection of which appeared under the title "Gleanings from a Gathered Harvest" (New York, 1845). His addresses include one on the "Restoration of the Jews" (1845). He also published a "Translation of the Book of Jasher" (1840), and was the author of several successful dramas, including " The Fortress of Sorrente," "Paul and Alexander," " She would be a Soldier." " Marion, or the Hero of Lake George," "The Grecian Captive," and " The Siege of Tripoli."