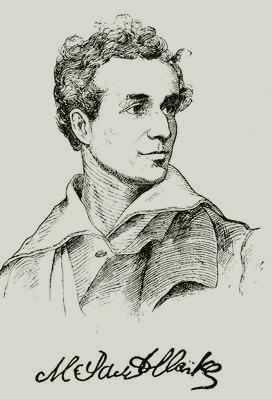 CLARKE, McDonald, poet, born in Bath, Maine, 18 June, 1798; died in New York City, 5 March, 1842. Little is known of his early life beyond the fact that he and the poet Brainard were playmates, till he appeared in New York City in 1819, married an actress, and was a familiar and striking figure on Broadway, and well known as an eccentric character. He celebrated in verses the belles of the town and the topics of the day, and was familiarly known as the "mad poet." He had no vices, but always preserved a gentility of deportment, and was a regular attendant at the fashionable Episcopal Grace church on Broadway. His oddities, as his faithful friend Halleck stated to the writer, were all amiable. He was celebrated in an amusing poem called " The Discarded," written by Halleck. He met with a tragic death, being drowned in a cell of the City prison by water from an open faucet. A policeman had found him in a destitute and apparently demented condition on the street and taken him to the jail for safety. Clarke's most celebrated couplet is often used as a quotation:"Now twilight lets her curtain down,

And pins it with a star."

It is also frequently quoted in the following form:"Night dropped her sable curtain down, and pinned it with a star."

A fragment of autobiography in his own handwriting, penned two months before his death, is still preserved. It reads: "Begotten among the orange-groves, on the wild mountains of Jamaica, West Indies. Born in Bath, on the Kennebec River, State of Maine, 18th June, 1798. 1st Love, Mary H. of New London; last love, Mary T. of New York; intermediate sweethearts without number. No great compliment to the greatest Poet in America--should like the change tho'; had to pawn my Diamond Ring (the gift of a lady), and go tick at Delmonico's for Dinner. So much for being the greatest Poet m America. The greatest Poet of the Country ought to have the free-dora of the City, the girls of the gentry gratis, grab all along shore, the magnificent Mary, and snucks with all the sweet Sisters of Song." Clarke's poems, humorous, sentimental, and satirical, have a vein of tenderness pervading their grotesqueness and irregularity. They are now rare, though several times republished. Some of the titles to the volumes are "A Review of the Eve of Eternity, and other Poems" (New York, 1820); "The Elixir of Moonshine, by the Mad Poet" (1822); "The Gossip" (1825); "Poetic Sketches" (1826); "The Belles of Broadway" (1833); "Death in Disguise," a temperance poem (1833);" Poems" (1836). His last effusion, "A Cross and a Coronet," was published in 1841.

Start your search on Mcdonald Clarke.