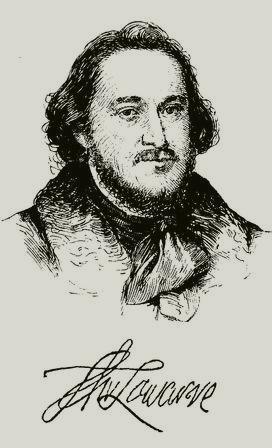 DELAWARR, or DELAWARE, Thomas West, Lord, governor of Virginia, died at sea, 7 June 1618. He succeeded his father as third Lord Delaware in 1602, and in 1609 was appointed governor and captain general of Virginia. He arrived at Jamestown, 9 June 1610, with three ships, after a voyage of three months and a half.His coming revived the courage of the colonists, who had been reduced almost to despair, owing to privation and misgovernment, and his judicious and energetic management soon restored order and industry. He established a post at Riquotau (now Hampton), at the mouth of James River, and built two forts, which he named Henry and Charles, in honor of the king's sons. Being ill, in March 1611, he embarked for Nevis, in the West Indies; but, having been driven north by opposing winds, they entered the mouth of a large River, called by the natives Chickohocki, but which received the name of Delaware in his honor. He then sailed for England; but in April 1618, urged by the colonists to return in consequence of the oppressive rule of Argall, he sailed again for Virginia, but died on the voyage. He expended large sums in establishing the colony of Virginia, and was universally regarded as a noble and philanthropic man. The present Earl Delaware, Reginald Windsor Sackville West, is his lineal descendant. He published "A True Relation to the Council of Virginia" (1611 ; reprinted, 1858).