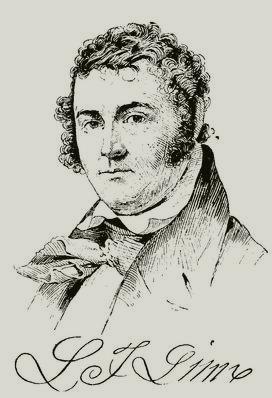 LINN, Lewis Fields, senator, born near Louisville, Kentucky, 5 November, 1795; died in Salute Genevieve, Missouri, 3 October, 1843. He was left to the care of his half-brother, Henry Dodge, at the age of eleven, studied medicine in Louisville, and settled in practice at Sainte Genevieve about 1815. His reputation soon extended over the southern counties of the state. In 1827 he was elected to the state senate, and in 1832 appointed a commissioner to decide on the validity of old land titles in Missouri, and removed in the following year to St. Louis in order to attend the meetings of the board, which he induced to confirm French and Spanish grants. He was appointed United States senator to fill the vacancy caused by the death of Alexander Buckner, and took his seat on 16 December, 1833. The legislature ratified the appointment, and at the two next succeeding elections retained him in the senate, where he was a conspicuous and popular member. He was zealous in promoting the interests of the Mississippi valley, and of his state, for which he secured Platte county. He urged on congress the duty of refunding the fine imposed on General Andrew Jackson by Judge Hall in 1815, and was a strong advocate of the acquisition and colonization of Oregon, and the author of the Oregon bill.