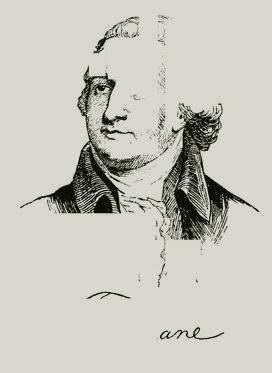 DUANE, James, jurist, born in New York City, 6 February 1733 ; died in Duanesburg, New York, 1 February. 1797. He inherited a tract of land at Duanesburg, on which he established a settlement in 1765. He became a lawyer, married in 1759 a daughter of Colonel Robert Livingston, and attained eminence in his profession in New York.

He was the leading advocate of the rights of New York to the New Hampshire grants, and drew up a memorial to the assembly in 1773 in support of the claim of his state to an eastern boundary on the Connecticut river. He was one of the principal New York grantees of territory in Vermont, and when Ethan Allen, Seth Warner, and Remember Baker drove out the New York officials, he headed the applicants who induced the legislature to declare those men traitors and outlaws. He was one of the conservative candidates proposed for congress by the committee of fifty-one in 1774, and was elected a delegate to the 1st Continental congress. In that body he proposed the recognition of the British acts of navigation, and encountered violent opposition, though the resolution of John Adams that was adopted was nearly identical with his own.

He seconded Galloway's proposal for a union of the colonies under a grand council, subordinate to parliament, and a president, nominated by the king, and with Galloway entered a protest against the resolution of 8 October 1774, in favor of supporting Massachusetts in her opposition to the acts of parliament. He opposed the idea that no acts of parliament could bind the congress, and moved to strike the Quebec act out of the list of grievances. With John Jay and Peter Van Schaack he drew up an article of association, which all the revolutionists in the town signed after the battle of Lexington. Like Jay, he was in the beginning of the Revolution devoted to the English form of government anti to the English Church, and opposed to the republican sentiments that prevailed among the mechanics of New York. In the contest between the two revolutionary factions, the party of conciliation, of which those two prominent lawyers were exponents, obtained the representation in congress.

In the 2nd congress, on 24 May 1775, Mr. Duane moved the opening of negotiations to settle the disputes between the colonies and Great Britain. He was prepared for extreme measures if the British ministry offered no substantial concessions, but in April 1776, he opposed the Declaration of Independence before the arrival of the commissioners appointed to treat with the colonists. In May he still urged delay in order to ascertain the wishes of the people before changing the government. He was a member of the Continental congress during the whole period of its existence; also of the New York provincial congress in April 1775, and from June 1776, to April 1777, also serving on the committee appointed to draft a state constitution. In 1776'7 he was a member of the committee of safety. He returned to New York City after its evacuation in 1783, and was chosen the first mayor of the corporation under the new charter, derived from the state legislature, serving from 1784 to 1789. He was a member of the state senate in 1782'5 and in 1789'90; also of the council, and of the convention that adopted the Federal constitution in 1788. From 1789 to 1794 he was U. S. district judge for New York.

Start your search on James Duane.