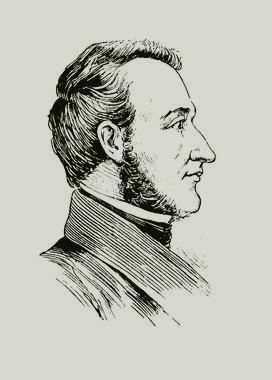 MORAZAN, Francisco (mo-rah-thahn'), Central American statesman, born in Tegucigalpa, Honduras, in 1799; died in San Jose, Costa Rica, 15 September, 1842. He was descended from a French West Indian family, received only a primary education from his uncle, the parish priest of Texiguat, and entered business" but when the independence of his country was declared in 1821, he began to take an active part in politics. The president of Honduras, Dionisio Herrera, appointed him secretary-general, and as such he assisted in the organization of the state, and was afterward elected member of the first representative council. When the troops that were sent by the government of Guatelnala, usurping preponderance in Federal affairs, invaded Honduras in 1827, Morazan, at the head of the state troops, resisted them, but was taken prisoner in Ojojona. He escaped, and, when he was about to sail for Mexico, was prevailed on in Nicaragua to take command of a force from Leon to liberate Honduras and Salvador. He marched to Honduras, defeated the Federal troops at Trinidad, took possession of Comayagua, and was declared president, and, collecting new forces, marched to Salvador, and on 6 July, 1828, totally defeated a GuateInalan army. The army of the Federals under Montufar surrendered on 10 September near San Salvador, and the last division capitulated at San Antonio on 9 October Morazan now occupied Ahuachapam with the allied forces of Salvador and Honduras, and invested Guatemala in February, 1829. He was defeated in Mixco, and retired to Antigua; but, after receiving re-enforcements, besieged Guatemala again, and occupied the city on 13 April. Barrundia, as eldest senator, was elected provisional president; but, after defeating insurrections at Olancho and Yore, Morazan, whose prestige was daily increasing, was elected to the Federal executive. He at once expelled the archbishop., Ramon Casaus, and, the Franciscan and Domimcan friars, who had violently opposed the Liberal party, and congress decreed the extinction of the male monastic orders, and the confiscation of their property by the state. In 1832 the chief of the state of Salvador, Cornejo, rebelled against the Federal government, and Morazan personally marched against him and defeated him at Jocoro on 14 March, occupying the city of San Salvador on 28 March. In 1838 a revolution began in Guatemala under the leadership of Carrera (q. v.), and Morazan marched against him ; but, as he feared trouble in Honduras and Nicaragua also, he left in command Colonel Agustin Guzman (q. v.), who was forced to make a treaty with Carrera in Rinconcito on 23 December Morazan several times defeated the revolutionary forces in 1839, but meanwhile Carrera, assisted by the clergy and aristocracy, had overthrown the government of Guatemala. Morazan, by forced marches, captured that city at the head of 1,300 troops from Salvador on 18 March, 1840, but was besieged next day by Carrera with 5,000 men, and evacuated the city after a twenty-two hours' fight. Seeing the Federal power crumbling under the repeated revolutions, he resigned the executive on 5 April, and went to Peru with his principal followers. There he found assistance from political friends and Central American refugees, and, provided with arms and other resources, he invaded Costa Rica on 11 April, 1842, soon overthrew the government, and assumed the executive, lie was preparing an expedition to invade the other Central American republics for the re-establishment of federal unity, when the towns of Heredia, Alhajuela, and San Joss revolted, and he was delivered to the rebels and shot.

Start your search on Francisco Morazan.