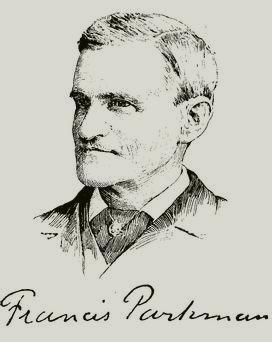 PARKMAN, Ebenezer, clergyman, born in Boston, Massachusetts, 5 September, 1703 ; died in Westborough, Massachusetts, 9 December, 1789. He was the first minister of West-borough, serving from 28 October, 1724, till his death, and was the author of "Reformers and Intercessors" (Boston, 1752); "Convention Sermon "(1761) ; and a short account of Westborough, which is in the "Massachusetts Historical Collections."--His grandson, Francis, clergyman, born in Boston, Massachusetts, 4 June, 1788; died there, 12 November, 1852, was graduated at Harvard in 1807, and studied theology under Dr. William E. Channing and at Edinburgh university. He was ordained in December, 1818, and from 1813 till 1849 he was pastor of the New north church (Unitarian) in Boston. In 1829 he founded the professorship of pulpit eloquence and pastoral care in the theological department of Harvard, and when the Society for the relief of aged and indigent Unitarian clergymen was formed in 1849 he contributed freely to its support, and was its first vice-president, which post he held till his death. He was president of the convention of Unitarian ministers that met at Baltimore in 1852. He bequeathed a part of his library to Harvard, which conferred on him the degree of D. D. in 1834. He published "The Offering of Sympathy" (1829), and some occasional sermons and addresses. --Francis's brother, George, physician, born in Boston in 1791 ; died there in November, 1849, was graduated at Harvard in 1809, and in medicine at the University of Aberdeen, Scotland, in 1813. He gave the ground on which the Harvard medical school in Boston stands. Dr. Parkman was murdered in the college building by Professor John W. Webster (q. v.). He published "Proposals for establishing a Retreat for the insane" (Boston, 1814) and a treatise on " Insanity and the Management of the Insane" (1817). See "Trial of Webster for the Murder of Dr. Parkman" (Boston, 1850).--Francis's son, Francis, author, born in Boston, Massachusetts, 16 September, 1823, was graduated at Harvard in 1844, and studied law for two years, but abandoned it in 1846. He travelled in Europe in the latter part of 1843 and the beginning of 1844, and in 1846 set out to explore the Rocky mountains. He lived for several months among the Dakota Indians and the still wilder and remoter tribes, and incurred hardships and privations that made him an invalid. An account of this expedition was given in a series of articles in the "Knickerbocker Magazine," which were subsequently collected and published in book-form. He afterward engaged in literary work almost exclusively, and, notwithstanding his impaired health, accompanied by partial blindness, has attained high rank as a historian and writer. Mr. Parkman visited France in 1858, 1868, 1872, 1880, and 1881, to examine the French archives in connection with his historical labors. In 1871-'2 he was professor of horticulture in the agricultural school of Harvard. His chief work has been a series of volumes intended to illustrate the rise and fall of the French dominion in America, which are distinguished for brilliant style and accurate research. Mr. Parkman is now (1888) writing the volume of the New France series covering the period between 1700 and 1750. This, with a few additions to earlier volumes, will com-plate the series, which will then form one continuous work. His publications are "The California and Oregon Trail" (New York, 1849); "The Conspiracy of Pontiac" (Boston, 1851) ; "Pioneers of France in the New World" (1865); "The Book of Roses" (1866); "Jesuits in North America" (1867) ; "Discovery of the Great West" (1869); "The Old Regime in Canada" (1874) ; "Count Frontenac and New France under Louis XIV." (1877) ; and "Montcalm and Wolfe" (1884). .

Start your search on Ebenezer Parkman.